When is React's useMemo hook actually worth it? 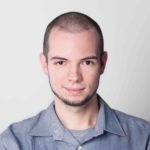 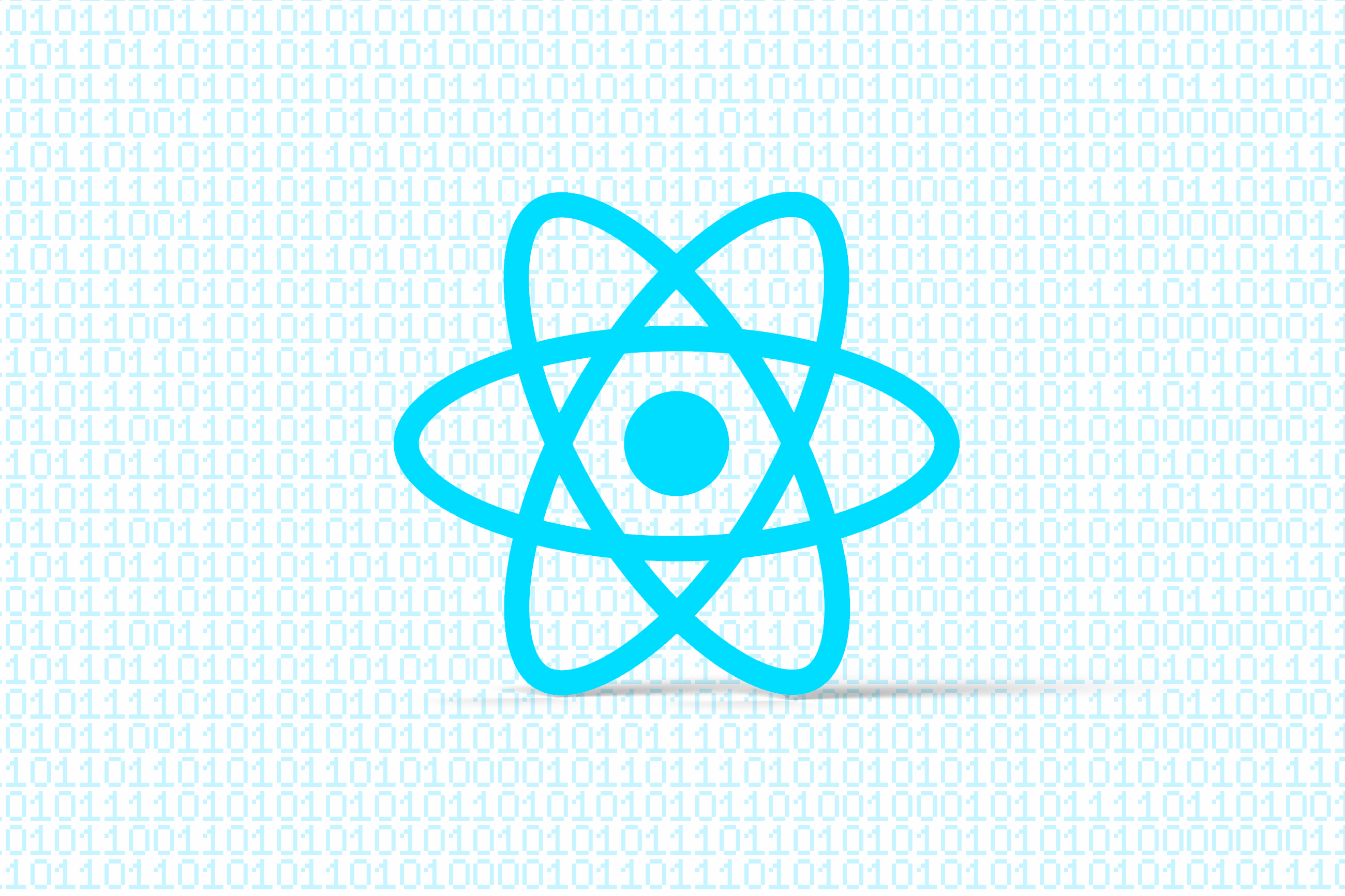 Hooks were introduced into the stable release in the 16.8 React update. One of them is useMemo, designed to help with performance and unnecessary calculations. When is it actually worth using? The docs say we should use it whenever we make “expensive” calculations. But what is expensive? Will it impact performance when we do it unnecessarily. And by how much? These are the questions I’m going to attempt to answer today.

Since it’s all about performance, if you are not interested in a lengthy explanation, I’ve made a too-long-didn’t-read version just for you. However, be aware that it doesn’t contain a lot of interesting insights you can find in the rest of the article. After all, there is only so much time you can save without compromising quality. Let’s cut to the chase:

But let’s start by answering a more basic question…

You probably know the basic definition of useMemo so I’m not going to bore you with it. What’s important is that useMemo allows you to use memoization to speed up your app. useCallback does the same, but returns a function – basically a special useMemo case, with cleaner syntax. If you want to know more, hop in for a quick one into the React docs.

The question is: when should we useMemo? There are many opinions on this, ranging from never using it, due to possible negative impact on performance, to using it literally everywhere. Others, like me, wonder: where is the golden mean? Let’s find it!

What I am testing here is just the hook performance. I am ignoring benefits that come from using referenceable objects when passing them to other components that are optimised in regards to rendering (especially with PureComponent or React.memo).

The Profiler is a new React component that is currently under review and waiting to be merged and released. It allows for simple and effective performance measurements with a non-complicated API. After rendering its children, it executes a callback with performance data. Here, I will make use of:

Why not devtools? Using devtools to measure performance is time consuming when testing multiple scenarios, as it relies on manual review. Also, as a Frontend Developer I need to stay on the top of the bleeding edge, and this research provided an opportunity to do so. With the Profiler component, it is possible to conduct A/B testing, measure performance in real-world conditions, on actual clients, and so much more! For now though, as it is not yet fully released, it’s not available in the production build.

During a quick google search and skimming the docs, no helpful APIs were revealed. If you think I missed something, please let me know.

Is this the “proper” way? I don’t know for sure. I am open to all criticism, even of the non-constructive kind 🙂

It’s easy to succumb to the temptation to add more and more cases, bloating the data. That’s why I decided to limit myself to:

This results in 12 scenarios. Aside from them, there were 2 mounting-only scenarios, with and without the useMemo hook. Everything was run on a MacBook Pro 13″ 2.3GHz dual-core i5, with fans cracked to the max to limit thermal throttling, the ever-present performance bottleneck in Apple products.

If you like raw data, this section is for you.

Keep in mind that any differences should come only from the useMemo hook, as everything else should be the same for scenarios with/without useMemo. What can we learn from the data? 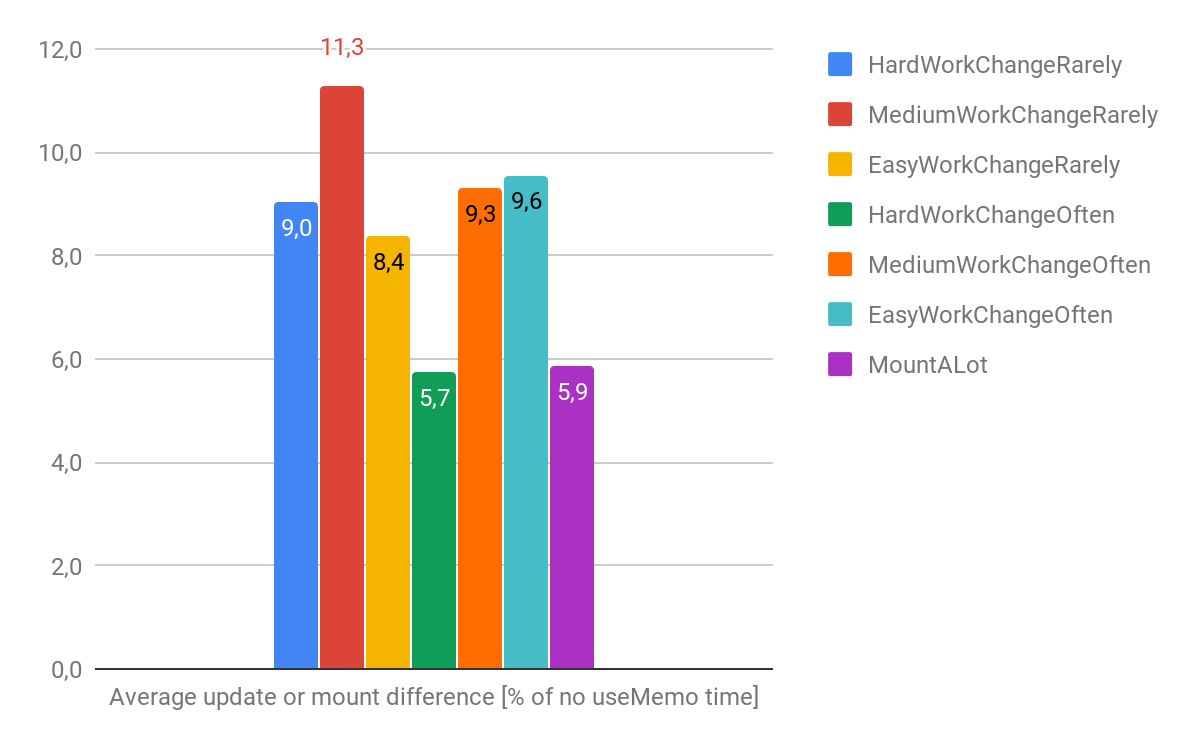 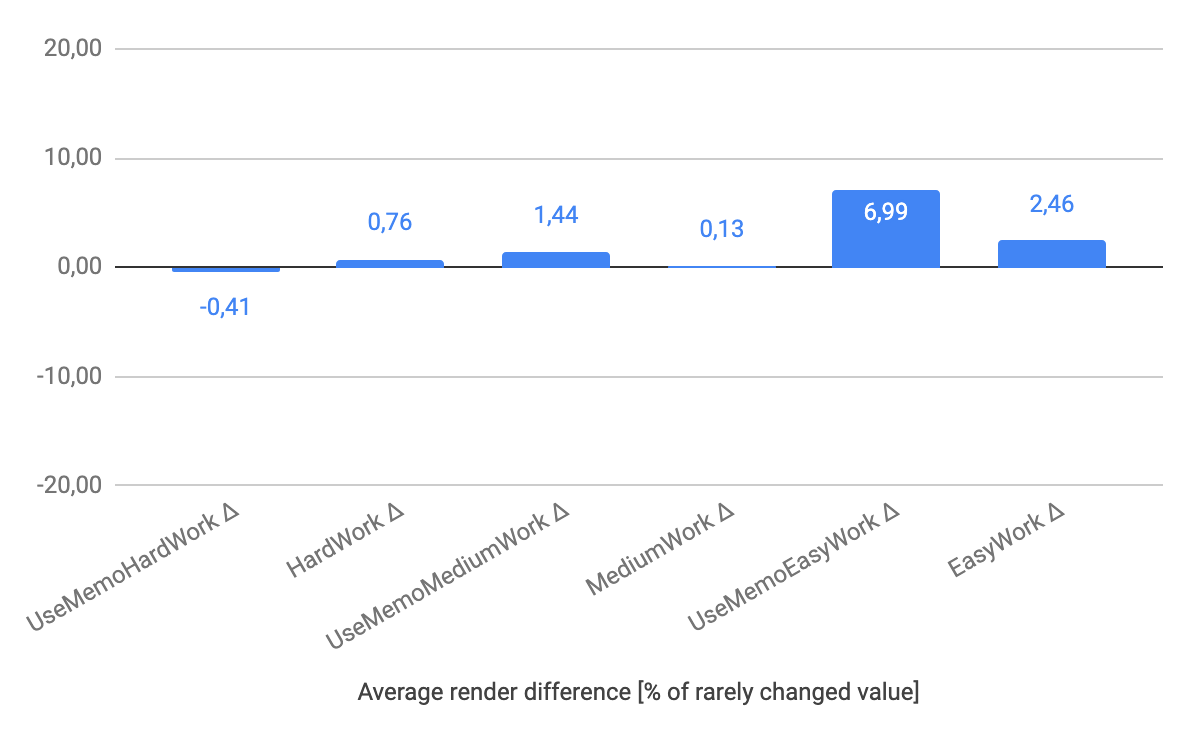 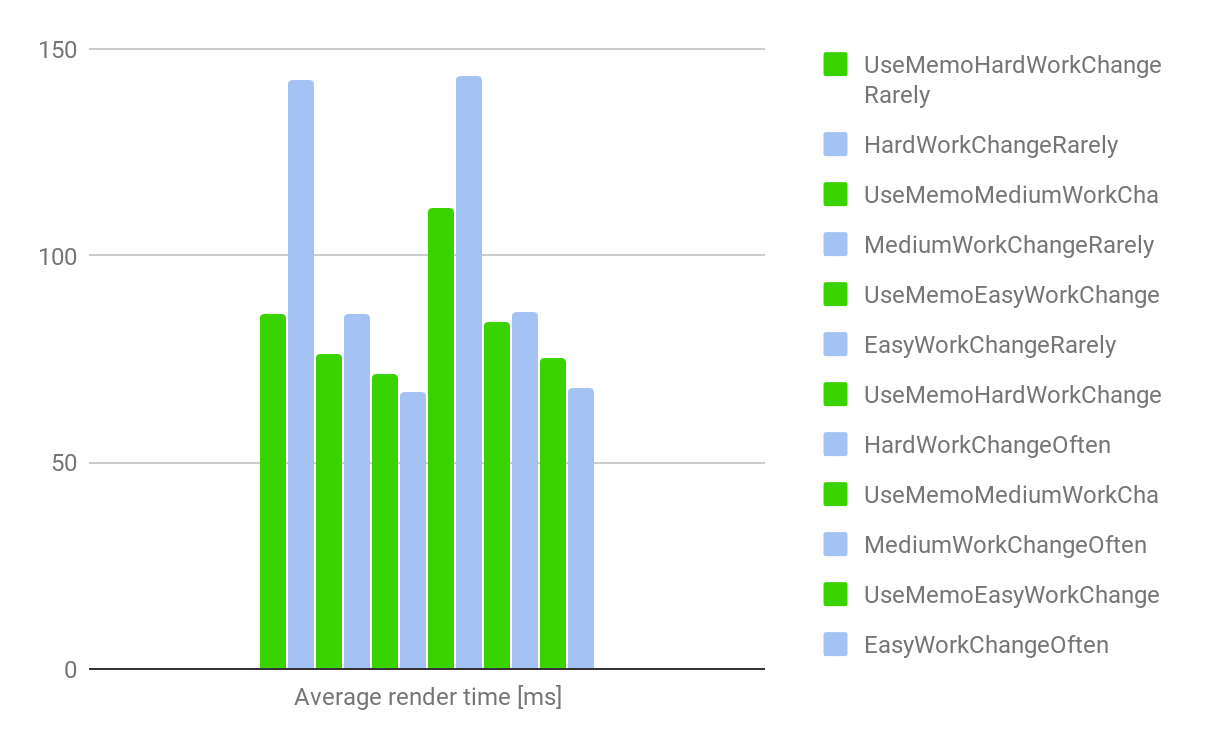 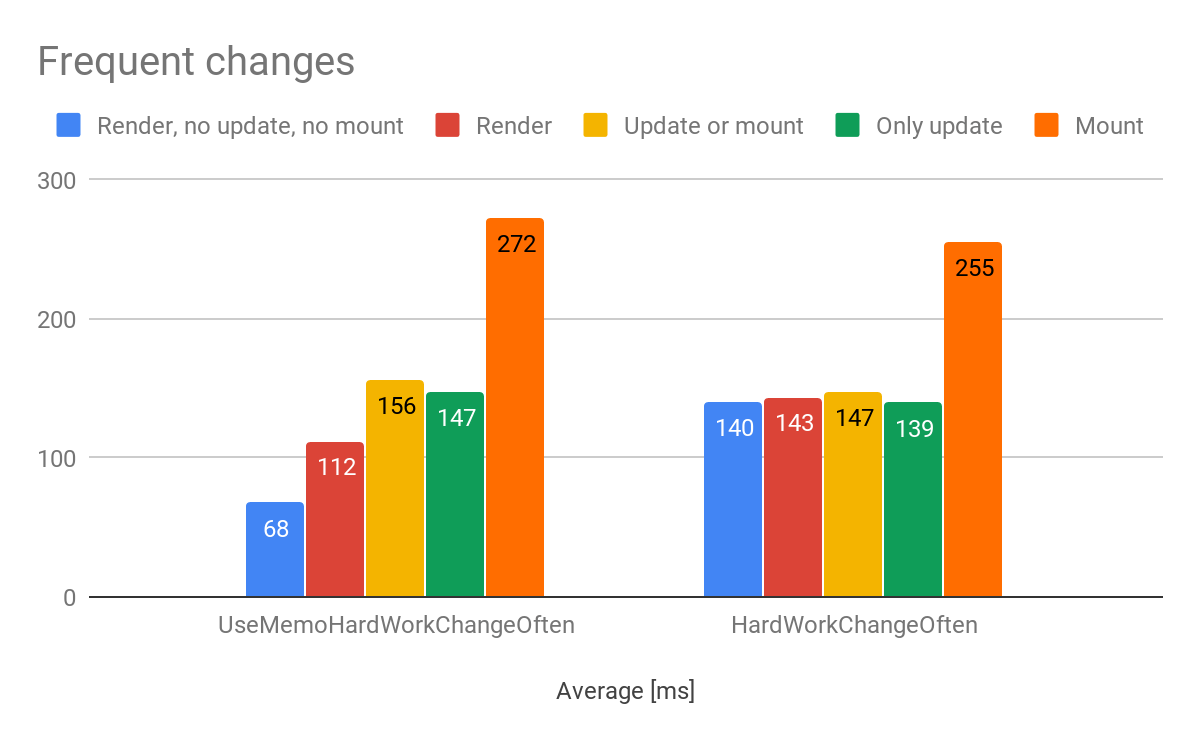 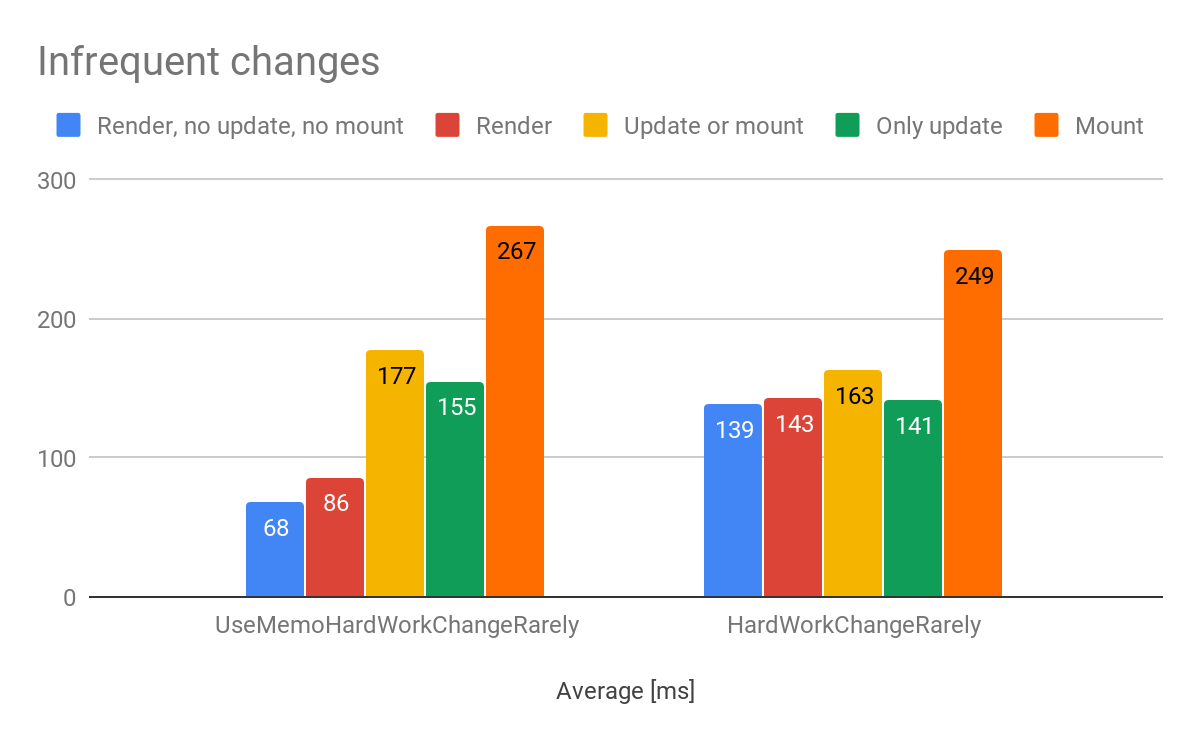 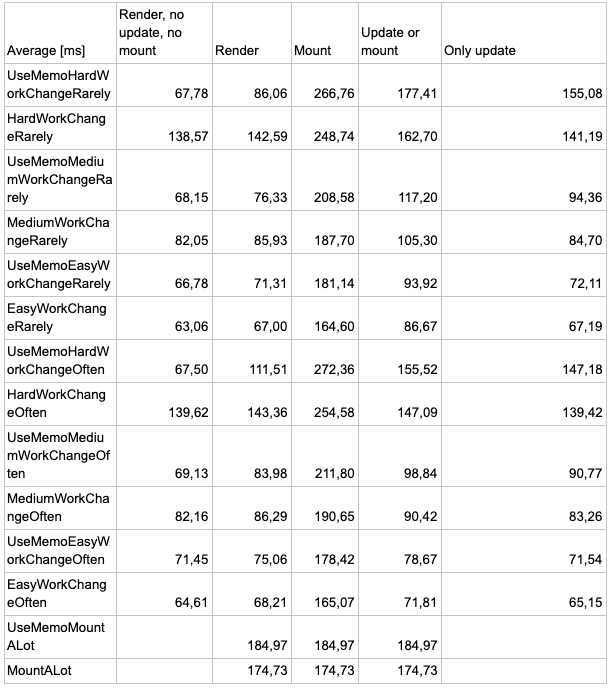 The performance cost that comes with using useMemo in React isn’t big, and the potential benefits seem to be quite large. While testing, it was 10,000 useMemos vs 0 useMemos – a situation that’s unlikely to occur in the real world. Initial mount performance suffers a little, but subsequents renders can be sped up by a lot. If your goal is to perform the first render as fast as possible and you are looking to shave even the smallest margins, you should do the rendering on the server side.

Now, that I made this test, I believe that it’s better to useMemo excessively rather than use it sparingly. At the end of the day, it still comes down to two options – use your judgment or measure the impact.

TSH's State of Frontend report found out that as many as 74.2% of all frontend developers use React to some extent!

If you want to read more about React tools and trends beyond useMemo, check out the full version of the report.

Get it for free now

Automatics/robotics engineer turned frontend developer. Involved with React for the majority of his web development career. He loves tweaking his code over and over again to make it even more efficient – sometimes too much for his own good. When he isn’t coding, there is a good chance that he’s playing video games.