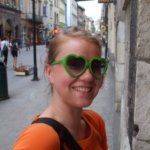 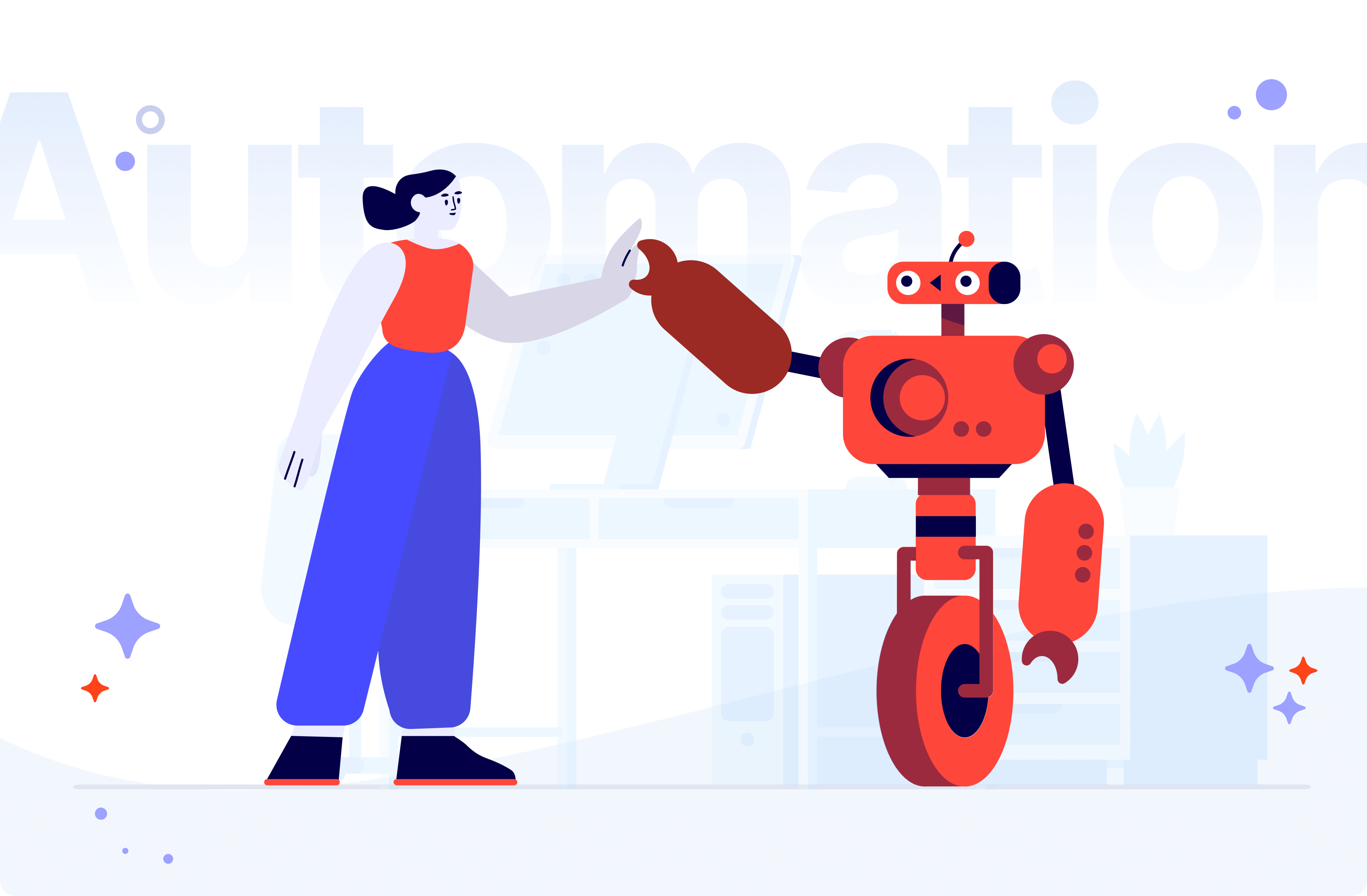 The testing software process is a minefield. I run tests on a daily basis for various projects and I see the undeniable benefits of automated testing. I realize that choosing an appropriate approach to automated testing can be challenging and sometimes our decisions turn out to be wrong. Then software testers are left with necessary but extensive refactoring or constant and burdensome changes. What rules should Quality Assurance follow to make automated software testing easy to implement and maintain? In this article, I’ll share my personal good practices that facilitate code maintenance and accelerate any needed refactor or debugging.

In one of the projects I had the opportunity to implement automation test scripts, the client provided a repository with automated testing that had already been written by another company. Obviously, I can’t show you how the original test cases looked like but the test structure looked something like this:

Additionally, such combined automated testing will be problematic when the refactoring is only needed for the last test, i.e. “delete note”. In order to check the “delete note” test after introducing any changes to it, you need to run all three tests: “create note”, “edit note”, and “delete note”.

If your automated testing is extensive and launch takes a while, it will naturally extend the time required for maintenance. You need to wait until the “create note” and “edit note” tests (for which the data is collected) are performed. Only then you can check if changes made in the automated “delete note” tests are correct.

Finally, you’ll definitely get some errors if you try to refactor, e.g. the last test.

Same project, different test case. When you worked the app too long, it would just crash and prevent further actions. Basically, the same test cases as the previous example – refactoring or debugging of the “delete note” automated test was impossible.

You’ll be better off generating data for each test case execution separately. That will give you a full picture of how the application works.

So the previous test code after modification may look like this:

In this chapter we’ve applied the automation testing rule number one – execute tests independently from other automated tests that:

But introducing only this one rule won’t make your solution entirely perfect because:

It seems we need to polish the test code form a little. Another rule will help us in this: Using the API as a test data generator

2. Using the API as a test data generator 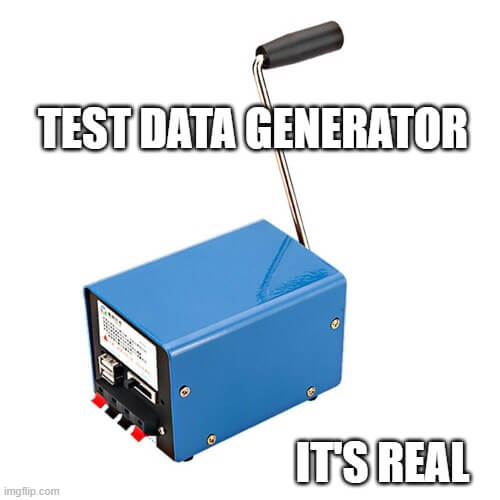 How does your web application API come in handy in test automation? All you have to do is send a request to the API to generate a note with the necessary parameters that you can use when editing or deleting.

The API solution has a few advantages:

Okay, you’ve implemented two rules already. Your automated test cases are no longer dependent on each other. Moreover, automation tests use API that significantly stabilizes and speeds up their implementation. But it would be amazing to reduce the amount of code repetition.

I’ll show you how to do it using test automation example for a specific situation: 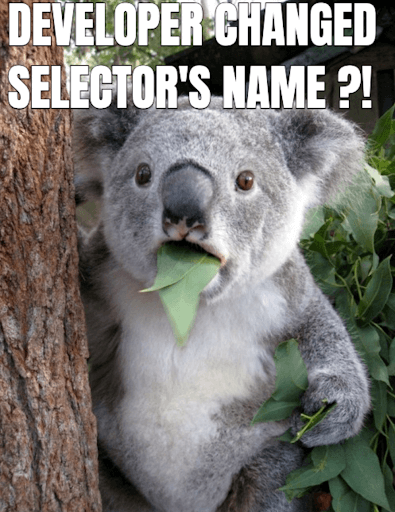 Result: changes must be made to every single automated test, and applied to all with user login scenarios. The update won’t take long with 5-10 tests, but what if you have 50, 100, or 555? Not so fast anymore, eh? And the code gets duplicated anyway, which makes the test even less readable.

Design patterns are going to be lifesavers here. I’m talking about Page Object Pattern or App Actions recommended by the creators of Cypress. They will help to deal with refactor problems and facilitate the implementation of automated testing.

Applying a design pattern in our automated testing

Firstly, create the base class, and throw inside:

Create the “LoginPage” class that stores:

Finally, add “before” and “beforeEach” sections, to eliminate the repetitive code that occurs in each test:

By dividing the test code this way, you significantly shorten the main test file and improve its readability for the whole testing team.

Let’s go back to our situation – the developer has changed the names of the selectors and the tests need to be updated.

Design patterns help in organizing the code, navigating the repository, and shortening the refactor time. However, they will not eliminate necessary changes, such as updating selectors after development changes. The next part of the article will show you how to deal with that.

Not every project uses id for individual elements on the page. This can make implementation difficult, especially when you use test attributes that may actually change, e.g. class CSS when changing the design or generic element id. The automated testing is not very stable that way and you can’t predict what/when changes will occur.

You can advantage by adding dedicated attributes to a given element.

Let’s analyze this point with the example of our note-taking app. The notes page has a table with all the notes you’ve created:

To refer to this table in tests, you need to retrieve its characteristic attribute, class or HTML tag:

But what if there are more data tables on the page and they don’t have different attributes that you can refer to? You can add your own test attributes! If you have access to the frontend code of the application, you can add it yourselves in the appropriate place and file. If you don’t, you can always ask the frontend developer to add them in the right place.

Remember that the new attributes should be legible and give a clear message about what they refer to. You can inform developers that these are attributes needed for testing and should not be updated or removed during the code refactoring.

None of the above rules will be 100% effective if you run the tests once in whatever. No matter how good and stable the tests are, they will cause problems if not used and not updated on a regular basis. Otherwise prepare for repetitive tasks and incredibly time-consuming, lengthy tests.

Unfortunately, both solutions have some disadvantages:

No matter which option you choose, generate detailed test reports showing which automated tests have not passed. Just to be safe, run some manual testing to determine whether you need to improve the test or there is an actual error in the application.

What benefits of automated testing come from the aforementioned five good practices?

Maintaining tests can be simple and fast, not just a painful chore. Each of the five described rules has a positive impact on test automation, significantly speeding up the implementation and maintenance process.

Benefits are visible also from the business perspective. By saving time you’re saving money. Paradoxically, if you let test engineers sort out automated test coverage, your company and application owners will reduce costs related to not only the automation itself but the entire testing process.

Something is better than nothing.

I believe that even one of the good practices introduced to your software project will reap some automation testing benefits for the testing team. Like reducing the time spent on implementing test automation (that can be used better on more pressing issues) or running them as part of regression tests. I hope that the good practices of the test automation I presented will make it easier for you to maintain your code.

If you want to read more about software testing and test automation tools in agile development, I highly recommend those tutorials written by my colleagues:

Over 8 years of Quality Assurance experience. She specializes in UI and API automated testing and works with automation frameworks like Cypress, Protractor, or Selenium. In her free time, Dominika takes walks with her dog, sings in a chamber vocal ensemble, and reads crime stories.