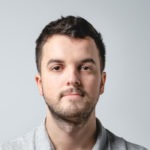 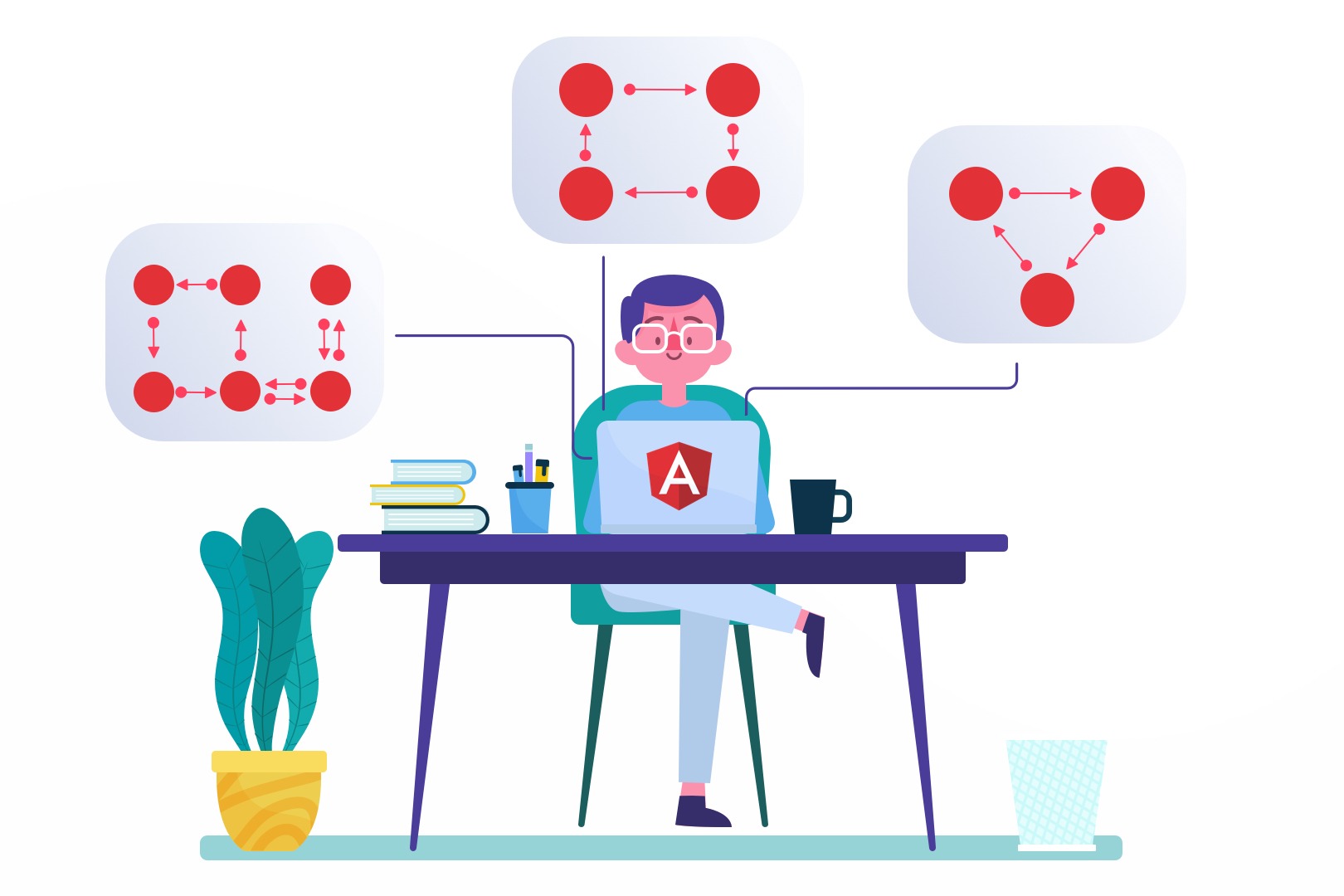 State management is a very important part of web development. Sharing data between different components (especially with many separated ones) can be really difficult. Also, it ain’t easy to debug it when something goes wrong. Nowadays, we have so many libraries for state management, that it’s pretty tough to choose the right one. That’s why, in the article, we’ll try to present you all the available options to help you understand what is state management in Angular. It can help you choose the best solution for your case.

If you ever had anything to do with Angular web development services – most probably you know that sometimes, it can be really messy and complicated. No matter how experienced you are – web development can take you by surprise. That’s why it’s good to be prepared for any circumstances and start with…

Once it’s pretty difficult to choose the right library for state management – on the other hand, it’s really easy to find yourself in not-that-optimal-situation when unnecessary complexity of the system appears or there’s too much boiler code. That’s why it’s so crucial to choose the right approach.

Flux is an architecture pattern created by Facebook to resolve their problems with Messenger and the information related to it. For example information about how many unread messages you have, used to be displayed in many places and that was causing some problems with refreshing proper views.

Flux pattern forces data to flow in a single direction. A component can change application shared data only by executing an action. This should help to have state management in one place. It should simplify the process. Diagrams below explain it pretty well.

Let’s start with a short presentation of the libraries that we will compare today. It can help you understand different approaches of managing state of your Angular app.

Report on frontend development trends based on the opinions of 4.500 developers. 🚀

Get your free copy!

NGRX is powered by RxJS, inspired by Redux. It requires lots of boilerplates and it has a steep learning curve.

NGXS is modeled after the CQRS like in Redux. However, it reduces boilerplates by providing strong typing, using modern TypeScript features (such as classes and decorators).


angular-redux provides Angular bindings for Redux which helps you integrate your Redux store into your Angular applications. It fills the gaps with some of Angular’s advanced features, including a change detector. Also, it compiles time optimization (AOT) and processing with RxJS.

Now, we will compare those three libraries. We will check a few aspects like features, development tools, package size and community. Let’s go!

The frameworks offer more features which are included on the summary table below. 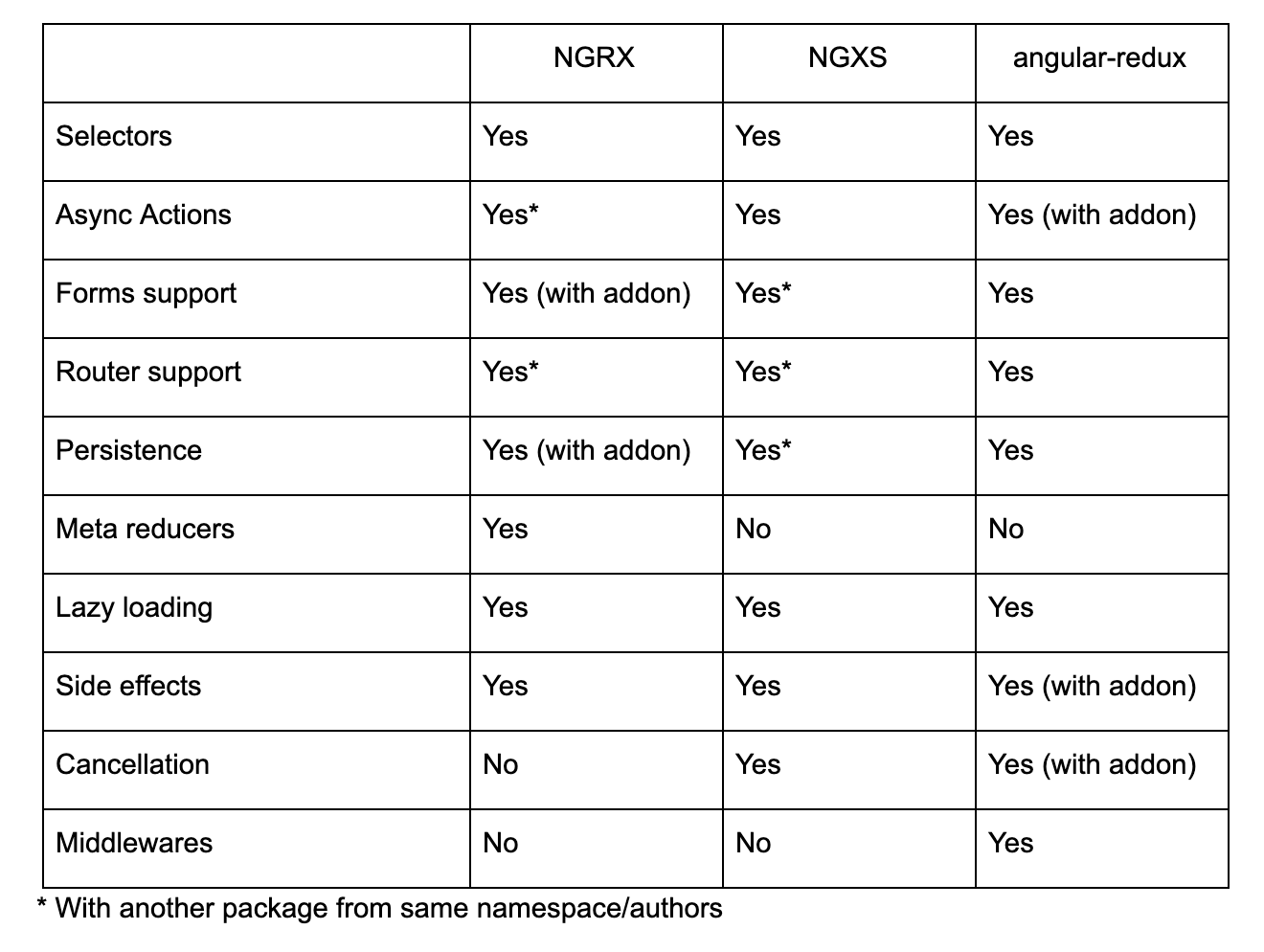 NGRX provides @ngrx/store-devtools for DevTools. It works as expected, displaying the latest actions with their impact and the resulting state of the store. It’s possible to jump to specific actions and even skip actions. It also allows devs to dispatch an action directly from the DevTools. However, it does not verify that action’s payload.

NGXS provides @ngxs/devtools-plugin for DevTools. It does not support all functionalities though. The latest actions can be viewed with their impact and resulting state. While it’s possible to jump to specific actions, it’s not possible to skip actions or dispatch new ones using the DevTools.

With angular-redux you can use DevToolsExtension which is an Angular binding for redux-devtools-extension and it’s a part of @angular-redux/store package.

We only compared the core store package with built-in features. NGXS has the biggest amount of features built-in and you can notice it when looking for its size. The final size depends on installed packages for features that are missing in the core package but are required for your project. That’s why it’s difficult to compare how big it can be eventually.

NGRX is the most popular package for state management in Angular. It has twice as many stars on GitHub as NGXS. Same for NPM statistics.

There are no problems with finding information and robust documentation for any of these packages (NGRX, NGXS or angular-redux). Additionally, for angular-redux, you can use the wisdom of the Redux community.

See also: Let’s review the latest changes in all of the most recent Angular versions 👇

So what should you use? Which one is a golden package and cure for a state management hell? Yes, you’re right – it depends. 😄 We used each of those packages in different projects and we have seen the most terrible and almost perfect usage of each one.

We think that NGRX is the most difficult and complicated one. It forced us to write a lot of boilerplates. Also, more code equals more space to make mistakes and the easiest way to make code more difficult to understand. Believe us, making things difficult is very easy with NGRX.

A senior frontend developer with over 8 years of experience. Norbert is a huge fan of Typescript and also a React enthusiast. Recently, he focused more on Next.js. In his free time, he enjoys cycling and watching football games.