Why are there so many tech and software development companies in the Netherlands?

The Netherlands has been successfully becoming Europe’s favourite tech hot spot, not only for the biggest corporations. There are several reasons behind the country’s success.

More than 90% of Dutch speak English. Since 2011 the Netherlands has always been in the top three positions in the EF English Proficiency Index. In 2020, the Netherlands was named number one out of 100 countries with very high proficiency in English.

Amsterdam Airport Schiphol handled 71.7 million passengers in 2019 (20.9 million in 2020 despite Covid-19 situation!) and continues to be one of the best-connected airports in Europe with 332 different destinations. What’s more, multiple ports, high-speed rails and a central position within the European continent make it easier for IT professionals to reach the Netherlands not only for work but also for networking during tech conferences.

The Dutch government embraces the digital innovations and supports the growing tech community not only financially (tax benefits for starting companies) but also by creating laws supporting the open culture and environment suitable for research & development activities. It’s quite easy to start the company and the bureaucracy is limited to a bare minimum. No wonder that Hubspot named Amsterdam “the best city to work in tech in Europe”. What’s more, the OECD Better Life Index, places the Netherlands amongst the happiest countries in the world, leading in the “Work-Life Balance” category.

Read more on things that attract devs and keep them on your side:

With huge and secure data centre clusters, widespread access to the internet, digital infrastructure and openness to innovation, The Netherlands was named one of the top 3 most technology-ready countries in the world by The Technological Readiness Ranking, prepared by The Economist Intelligence Unit.

According to the EIU report creators, The Netherlands did especially well in the e-commerce category:

For vendors, e-commerce offers an opportunity to reach a truly global audience and deliver goods and services at a considerably lower cost. For consumers, benefits include greater choice, improved price visibility and easier access to niche products. Countries with a strong e-commerce offering are increasingly finding themselves well placed to attract investment. 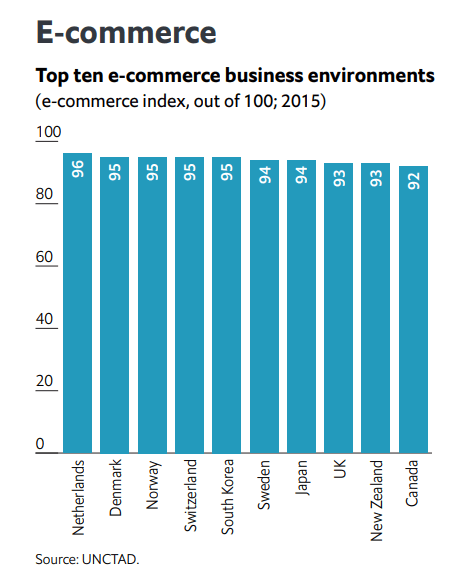 According to Dealroom, in Amsterdam alone there are over 2100 tech companies, generating 77 thousand jobs, making up 14% of the local workforce. With 11K new jobs added since 2016, Amsterdam tech companies annually add more jobs than any individual sector.

As far as the international companies and their custom software development teams are concerned, it would be easier to list international enterprises that DON’T have an office here. Just think of a company, and I bet they will have an on-site presence in the Netherlands.

In my opinion, there could be even more business for custom software development companies operating on the Dutch market after the UK’s exit from the European Union. We’re still on uncertain ground legally, and some organisations would rather avoid further complications. This way, the Netherlands can take over some of London’s tech scene for app development in the foreseeable future.

As far as the tech scene is concerned, the Netherlands are full of local and international tech initiatives for software developers, tech managers, CTOs and investors alike. From startup accelerators and incubators (Rockstart, Startupbootcamp), tech communities (check out the Amsterdam initiatives here) networking organisations (Holland FinTech) and coworking spaces to massive tech events like The Next Web attended by everybody who’s somebody in tech.

A software developer – the Netherlands’ most precious resource

ICT Arbeidsmarktrapportage 2019 noticed that small organisations publish most job offers in software development. A skilled software developer in the Netherlands can pick and choose between a multitude of tech companies. So why should they go for a new, unknown tech startup or small custom software company, when Booking.com or Uber offer higher wages, variety of benefits, cool-looking offices with (in)famous ball pits and arcade games, and most importantly, association with a world-famous name?

It’s really hard to compete with what a well-established tech company offers for their developers, hence why CTOs struggle to attract, hire and keep experienced staff. The effects are clearly visible. Sectorprognose ABN Amro 2020/2021 found out that 55% of the companies are hampered in their growth by the lack of skilled IT staff. It means that for some organisations finding a software developer is a matter of “to be or not to be”.

Covid-19 made the shortage of developers even worse

Putting the world on hold resulted in some industries hardly coping (e.g. travel), and others thriving beyond belief (e.g. food delivery). Since everybody moved/is moving as much of their operations online as possible, any tech company needs even more staff to keep up with constant demand and delays. It could be mobile app development for small restaurants and shops that switched to a takeaway model. Or it could be custom software for virtual film festivals taking place online. Everybody needs custom software development but the only element missing is the people who create tech solutions!

Read more on how software development outsourcing is changing in the COVID pandemic:

As far as accessibility of the IT talent in the Netherlands is concerned, unfortunately, the global pandemic only made things worse. The Dutch developers have always been supported by expats living and working in the country. Now, a lot of people moved back to their native countries to be closer to their families. Some will probably continue to work remotely, others will get software development jobs locally and become lost to the Dutch talent pool forever.

Covid changed the meaning of remote work. What’s the difference if you’re a bike trip away from the headquarters, or live on the other side of the world. We are not able to meet in the office anyhow.

One of our clients wanted to extend their web application. The business is booming and most of their customers and end-users are located in the USA. They had real troubles in finding developers in the Netherlands because they operated on WordPress (which is a bit old-fashioned for trendy people of tech) and they had no employer branding, so the developers didn’t even know what to expect. Eventually, they consulted us on how to create not only a stable platform but also establish processes for a future in-house team that will eventually take over. This way, they saved time, got honest expertise from specialists, and in the meantime, they were able to hire people who will be the core of their own team.

I began with this story because if your business is located in the Netherlands and you’re desperately looking for devs to hire, you might avert your attention to custom software development abroad.

Read more on how Scandinavia solved their problems with a lack of developers:

Let’s see what benefits are there for you:

Of course, outsourcing software development from the Netherlands is not without its dangers:

I have always said that the most important factors in software development are people, processes and technology – in that order. Interpersonal communication became so crucial that now it becomes a dominant factor, no matter where in the world we are. Software development outsourcing may no longer be the solution to solely cut costs, but an only chance for some organisations to have any software at all.

Not sure what to do? Try our 1 hour free consultations

The war for talent gets more and more intense. Even if we can’t help you directly, we are still happy to advise!

Over 25 years of experience in several leadership positions. After working for an international IT company, where he built several teams around the glob, Gerbert started his own software ventures. 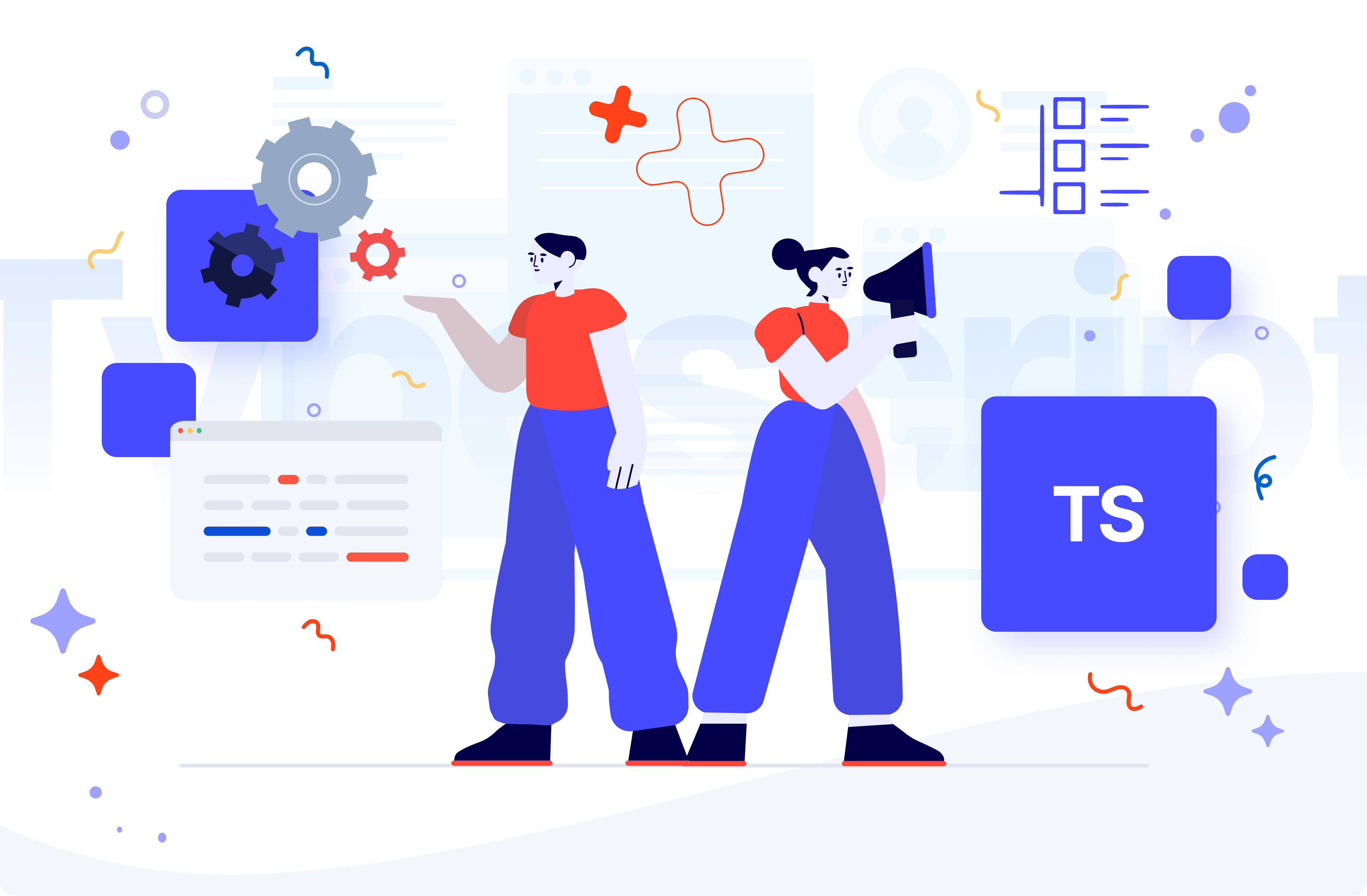