From developer to CTO. How to become a Chief Technology Officer according to tech experts 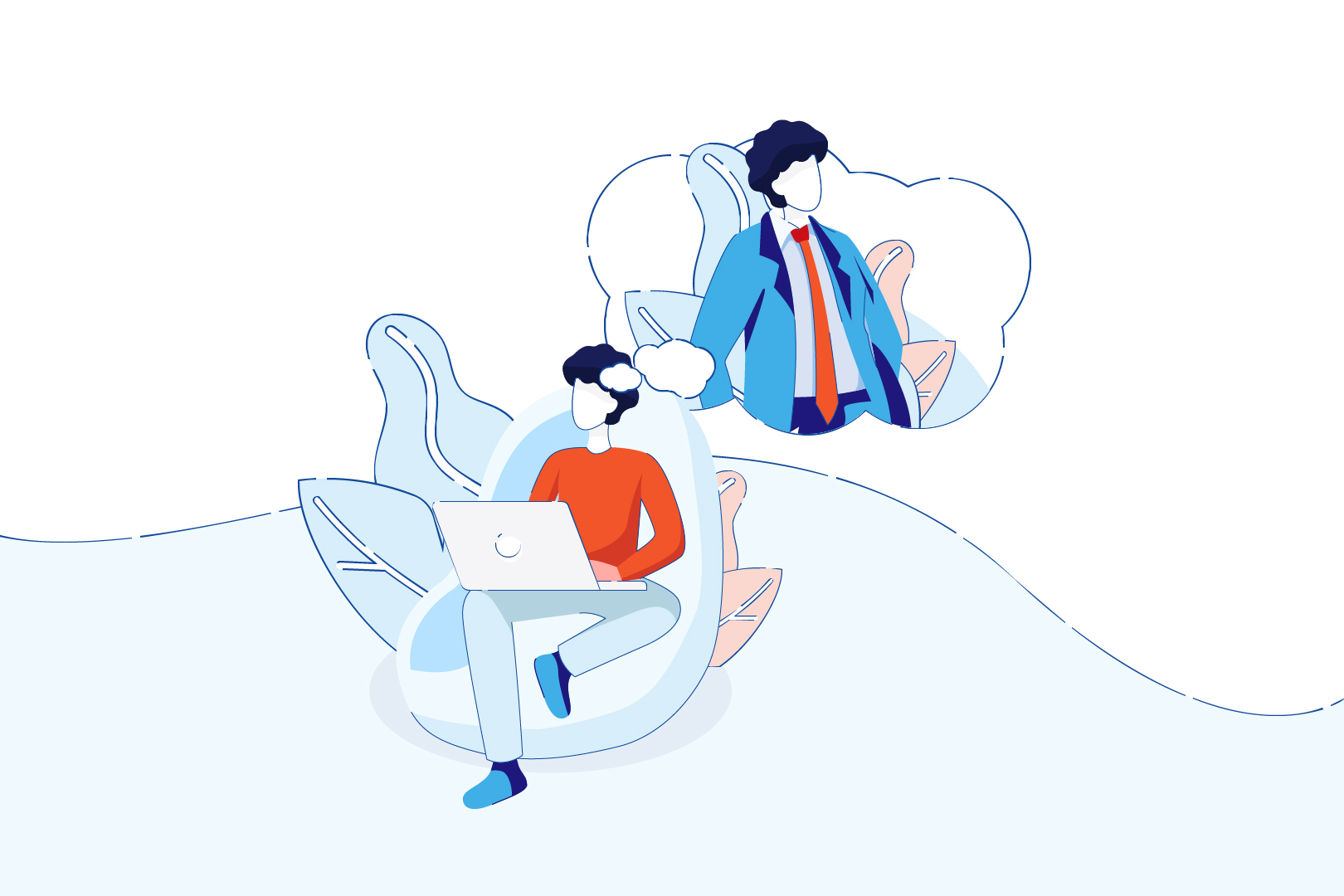 “Where do you see yourself in 10 years” – when asked this question during an interview,  many professionals with a software development background, be it senior developers, lead developer or team leaders, choose the CTO as their dream career path.

Realistically, it’s achievable but challenging. A study conducted by Evans Data Corporation found that there were 23 million developers worldwide in 2018. That number rose to 26.4 million in 2019 and is predicted to reach 27.7 million within the next five years. Let’s compare that to the biggest data source for job titles which is LinkedIn – nearly 1.5 million users claim to be Chief Technology Officers.

So there’s a lot of competition but with some quality advice, there’s no reason to get discouraged.

To get the most reliable answers I spoke to some experienced CTOs and tech managers – all of whom started as software developers – whose hard work reached leading positions and ultimately, the dream job. I asked them for tips that they wish they were given when climbing up the IT career ladder. Interestingly enough, they all agree that tech skills alone, while of course being very important, won’t guarantee you the successful CTO career.

Which skills you should then work on in order to increase your chances for the C-level promotion?

Tip 1:  Be exposed to more and more challenges to grow over time 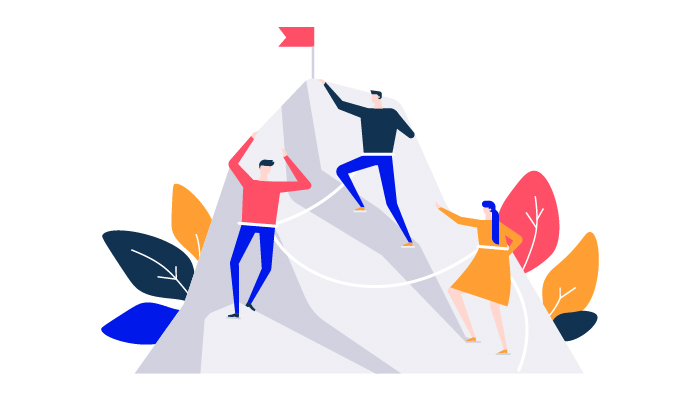 “CTO is a job for engineers who know the technical ins and outs but also contribute business ideas and show leadership skills. If you want to become really good at it, you need to get up from your working station and learn everything practically on a daily basis” – says Reiner Kraft, the CTO of YUNAR and creator of the Fellowship of Mindful Tech Leaders. He advises software developers to start at the team leadership level with responsibility for a small group of engineers, and then build-up. “There’s your team, there’s the company and there’s everything on the outside and it all comes together in a unique mix and imposes unpredictable challenges.”

Those challenges, according to Kraft, will help you to expand your horizons, move forward, and understand what a CTO actually does: “I think there are three main dimensions of CTO responsibilities – business (crunching the numbers and income), product (what we want to deliver) and technology (how are we going to make the product we want to deliver). Eventually, you’ll need to focus on orchestrating these three together. Become both the visionary who sees the big picture and the catalyst who makes things happen.”

Kraft also has a word of warning to all who are not ready to part their ways with coding:

“The one who conducts the orchestra doesn’t play the instrument. Similarly, being a CTO is really about helping others to grow.”

Tip 2: Take on the mentor role and help your team 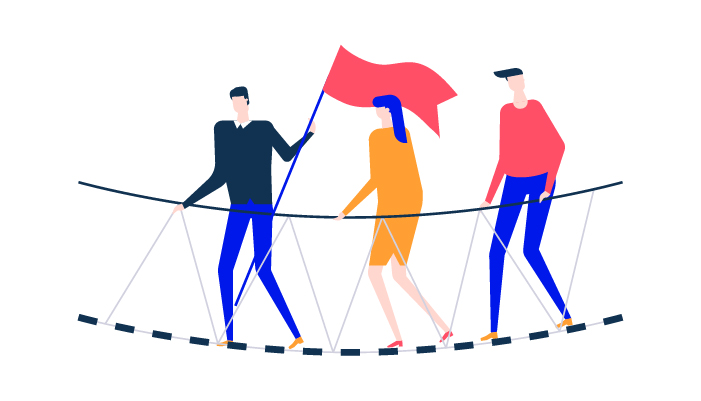 Markus Weiland, the head of technology and a business consultant, points out that it takes a village to develop good software and the best way to become a CTO who oversees that village is “being a team player – by figuring out difficult issues, finding strengths in every member, teaching colleagues something new so they deliver better results”.

According to Weiland, helping people around you will pay off in the end: “It’s quite fulfilling when you’re able to help somebody and after a while, they get so good that they do much better work than you could ever do”.

“Eventually, if you pick your battles right, you’re gonna have a team of multiplied yous writing the code”.

Of course, it doesn’t mean that you should start bossing people around like Gordon Ramsay in his cooking shows. Weiland suggests other methods: “Be communicative and take initiative. Raise your hand when you have something to add, improve, or even don’t understand something. It means you’re interested not only in your part of the job but also in that whole other world in the company called The Business – what customers want, what the tech market offers and how processes can be improved to do things better”. And, it leads us straight to the next tip which is…

Tip 3: You don’t need to be the smartest person in the room, just know who has the answers in your team 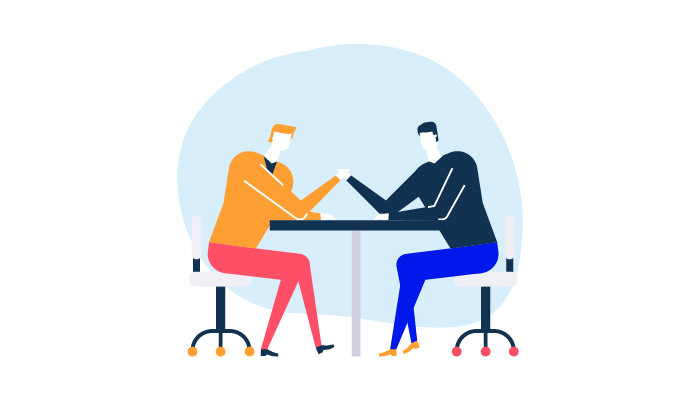 You don’t need to be a walking Wikipedia (or GitHub) but rather “the person who sees a wider picture and thinks one or two steps ahead”, says Alistair Stead, CTO and start-up advisor. “Early in my career, I realised that technology exists only to serve business needs. Developers live to solve complex problems, yet finding the simplest solution to a business need, so the business could move forward should be the imperative”.

Stead feels that for him, understanding that technical skills were less important than linking the technical decisions to the short- and long-term strategy of the business that the technology served was a massive eye-opener and an important step to become a CTO. Instead of knowing everything, he suggests you need to learn to be pragmatic and compromise.

“As an engineer, you always seek to create an elegant solution. Unfortunately, it’s rare that there’s a possibility to create it if you’re dealing with business imperatives at the same time”.

“You have those members of the team who come on time, work hard, know every single bit about their speciality, and never miss a deadline. But in order to go higher, you need to push yourself to be involved in the conversation, develop an understanding of the business and put forward ideas. So get up from the desk and talk with the clients and stakeholders!” 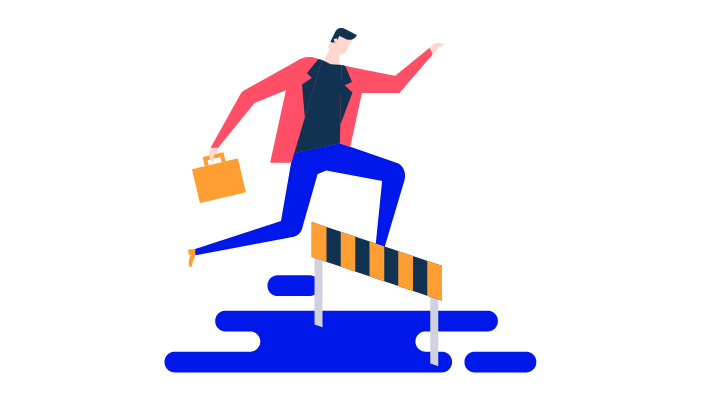 For some software developers, the vision of leaving their keyboards and getting more involved in the business-focused aspects seems quite daunting. But Marek Gajda, CTO of The Software House, claims the role of the technological officer is not for the weak-hearted – “The best person for this job is usually someone that’s not afraid of any task from any domain. CTO responsibilities cover almost every aspect of software development – from finances, recruitment and business model to the code review process, security, and technological stack. You don’t have to be an expert in any of those topics, you just need to know them just enough to be able to talk with specialists and understand their suggestions.”

So how to get ready for those challenges? Gajda has a tip for software developers with some spare time on their hands:

“If you have the opportunity to offer your knowledge and advice – or at least observe how other people are working – go for it.

“Go around the office and see if you can help anyone, especially if this is someone from another department. After a while, you will notice that you have a much wider view on many issues than your colleagues who focus only on writing the best code. And that is appreciated in the candidates for the CTO position.”

Tip 5: Have the right attitude and solve problems by actually understanding them 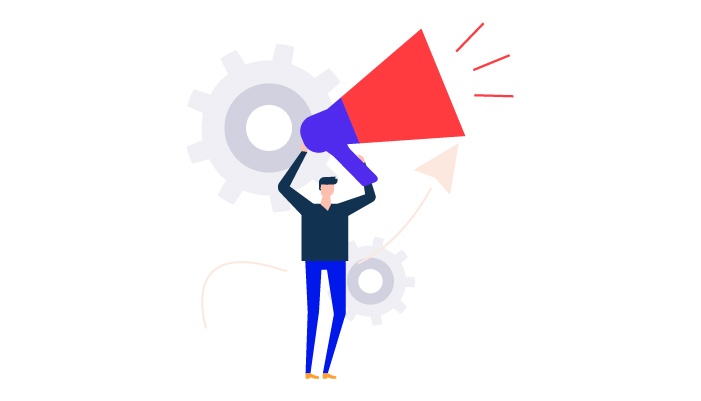 What else will make a software developer a great candidate for the potential promotion? According to Albert Zaragoza, CTO at Worldsensing, the most important thing is attitude and ownership.

“If you’re willing to do a good job and really engage in the projects, you’re on the right path to become a leader. No matter if you’re junior or senior, always ask: why am I doing this, how can technology serve that purpose and why the product is evolving this way. It’s key to really understand the business purpose of a project and making that vision reality”.

Zaragoza also suggests that you should open your eyes and ears and learn what different departments in the company do.

On the other hand, he thinks that people who avoid problematic issues and don’t own up to their own work, don’t make good CTOs: “I see developers who don’t get involved in anything else apart from their piece of code. They don’t care that, let’s say, marketing pushes certain aspects because everything is connected and aligned with the technology strategy of the company as a whole”.

Tip 6: You’ll be noticed if your work makes a difference and benefits the company 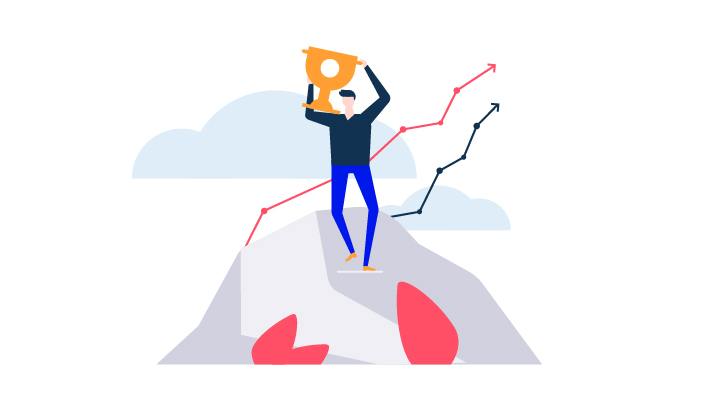 Andy Crouch, CTO of Platform Eight, recalls from his own experience that developing large-scale projects as a software engineer provided him with knowledge on how to design and build solutions quickly but in a way, that they could be maintained. And this led to more responsible and extensive roles. “I was building my own teams, mentoring them and delivering projects. After a few successful implementations, I was noticed by people in my network who wanted to use my expertise and knowledge and gave me a shot at the Chief Technology Officer position. And here I am now!” – says Andy Crouch.

He owes his success to pragmatism and people-centred attitude. His advice to all developers is quite simple, yet sometimes overlooked: “Speak to people regularly and in detail. Keep everybody involved up-to-date with your progress. Be honest, if things are behind  – people will accept it if you keep them updated. Be approachable and not afraid to ask difficult questions. You will be amazed at how much information you can easily find out from others that will turn your projects around, help you deliver better solutions in the future and improve your position”.

“Eventually, building great relationships with the people involved in the project will benefit the company as a whole”.

As you can see, my interlocutors agreed that there is no “CTO personality” type and every software developer, after just a little bit of training, has a chance to get promoted to this position. The most important thing is to feel comfortable in this role – some developers are not ready to give up programming and that’s OK. After all, we need those highly skilled specialists too. However, if you feel that you could blossom and prove yourself in the C-level role, then remember what our CTOs advised: ask a lot of questions, work with other people, and always think not only about HOW to do something but also WHY you’re doing it and WHAT you’re doing it for.

First-time CTO looking for some tips? 👀

Here you will find our resources from our Chief Technology Officer, Marek Gajda, and other people engaged in creating software for our clients. We are sure that you’ll find something practical to introduce to your team!