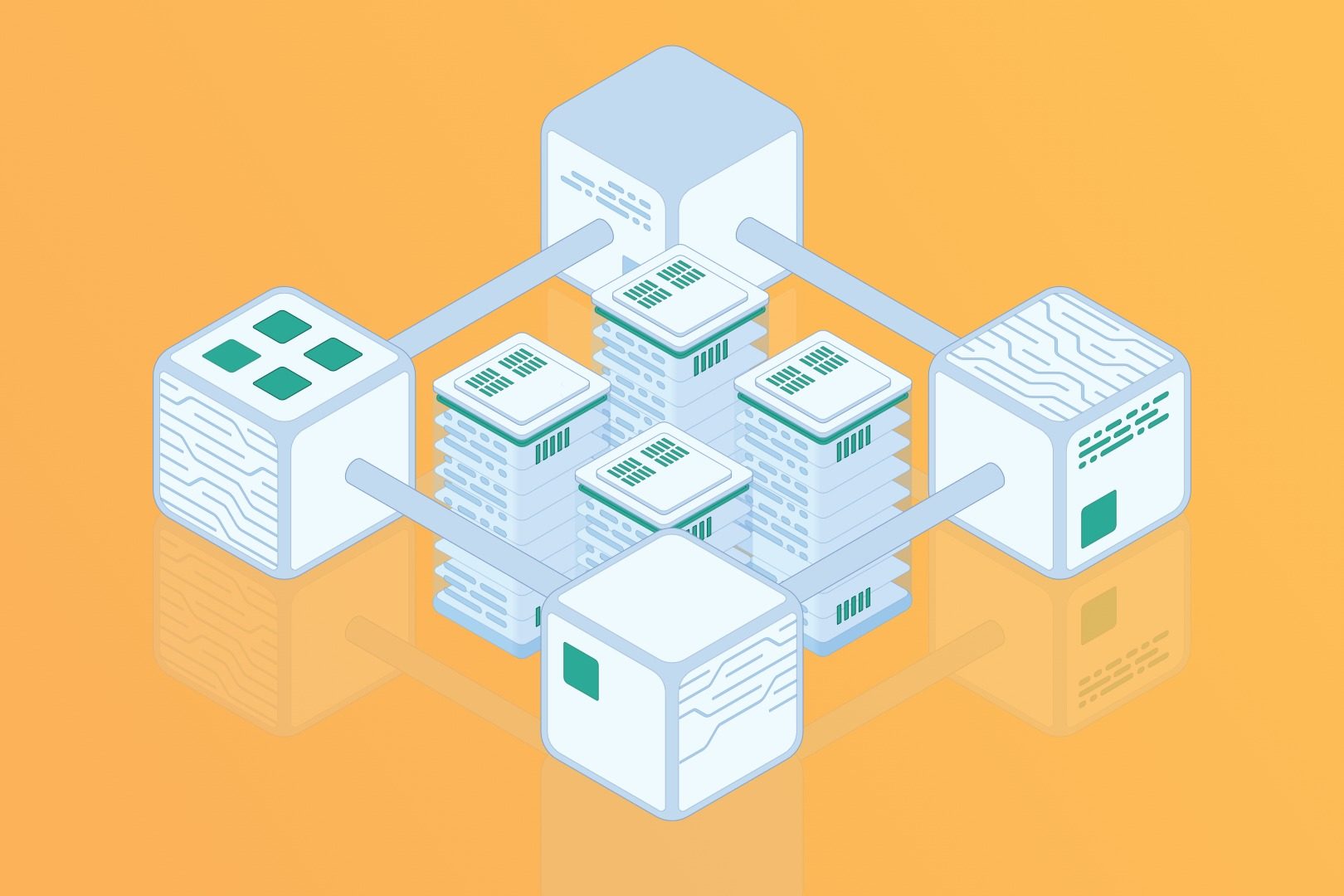 Microservices – there are few trends in software that have captured the attention of IT decision-makers to this extent. They are supposedly capable of making your apps more efficient and scalable. But what exactly does it mean? When is it a good idea to invest in them over other types of software architecture? The Software House translates the technicalities into actionable information for you to use in your business.

For many software developers, microservices-based architecture has become an important part of their everyday work, as more and more apps are made that way. But with so much hype, it’s easy to play microservices down as a buzzword. This article attempts to make it easier for everyone potentially benefiting from microservices to make an informed decision about their use in an organization. Let’s talk about microservices; the pros and cons, and more.

Microservices – what are they really?

According to a popular definition by Gartner, a microservice is a “tightly scoped, strongly encapsulated, loosely coupled, independently deployable and independently scalable” component of an app. Let’s break it down.

A good example of a microservices-based application could be an eCommerce store, in which every business domain (e.g. handling orders, products catalog, internal search, billing, payments, delivery form, PCI DSS certification) is a separate microservice. Microservices are often organized to correspond with particular business use cases, but functionalities such as authentication or notifications can also work as separate microservices.

This unique ability to divide all these functionalities into completely independent blocks makes microservices an ideal choice for dispersed/distributed teams. As a result, large companies with distributed teams such as Netflix or Twitter can work efficiently by assigning different microservices to different teams. But this is not the only reason why many innovative tech companies go for microservices. As you read on, those advantages should become clearer.

Check out our free State of Microservices 2020 report – based on the opinions of 650+ microservice experts!

How do microservices work?

Let’s delve even deeper into how microservices work. As you know, in a standard monolithic application, the codebase can be roughly divided into two parts: the frontend and the backend. Each of these has a separate repository of code. Typically, different teams would handle these and each layer can have its own dominant technology (e.g. React for frontend and Node.js for backend). This is illustrated below. 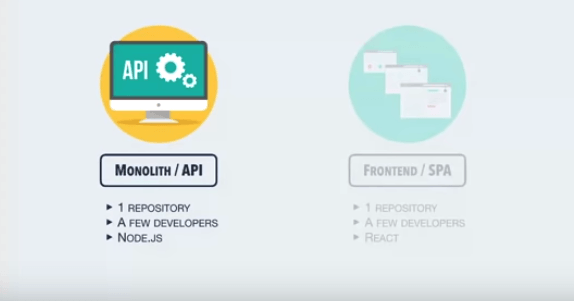 In a microservice-based architecture, the frontend layer remains the same, but the backend is split into multiple parts dedicated to specific functionalities. Each one of them can have its own repository. And since they are strongly encapsulated, each microservice can be potentially written in a different language, as can be observed in the graphic below. 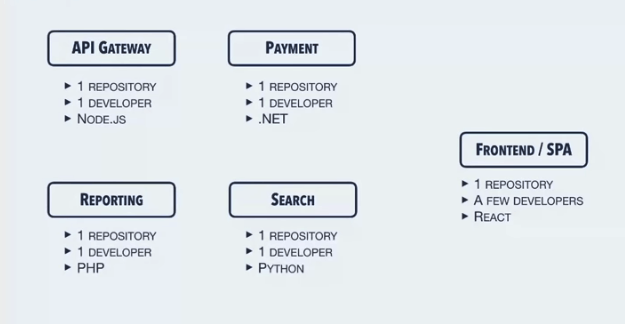 For many projects – in which there is no need (or ability) to involve so many different technologies, and the presence of so many repositories creates confusion (complex project structure, difference in code organization between repositories, etc.) that outweighs the benefits of this separation – a simplified version can be used. By using monorepos, one can create repositories that include code for all microservices that use the same technology stack. 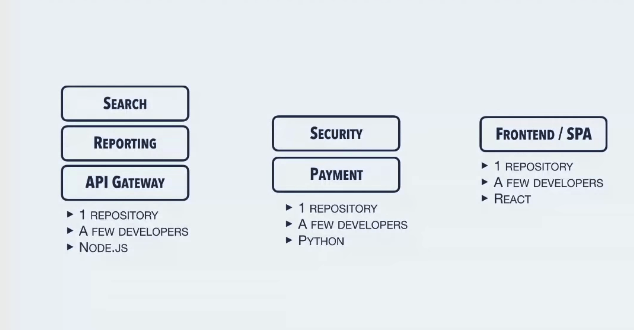 Opting for the microservices-based architecture for your software has tons of potential benefits for your organization.

You should probably have a pretty good idea by now about the kind of projects microservices will work well with. Just to sum it up:

Now, let’s try to figure out when microservices might not be the best choice – cons of microservices. Let’s consider a couple of scenarios.

What is good for Netflix may not be good for us

Large companies, such as Netflix, which employ various development teams all over the place, can benefit greatly from the modular nature of microservices and the independent services it offers. The cost of implementing a microservices-based architecture tends to be higher than building a monolithic app (you need to account for a log monitoring system, request tracing, and the ability to deploy the entire system as well as any individual microservice). It may not be worth it for systems that don’t expect large traffic, scalability issues, and mixing of various technologies.

Too much agile can make you rigid

Thanks to microservices, you can iterate more easily by being able to deploy each microservice separately. Testing and deploying becomes a big part of your everyday workflow rather than a rare occurrence. But with that comes big responsibility. As the number of dynamically changing microservices increases, it takes significant DevOps capabilities and lots of experience to be able to command them.

I’m only just testing the waters!

Are you creating a new (greenfield) project? Do you have an idea in mind and want to create an MVP? Your best bet will probably be a monolith. Not only are you probably still not sure what kind microservices you need, but you also don’t need microservices’ complexity from the start. After all, you can always move from a monolith to a microservices-based architecture in the future, should it be necessary.

We have various microservices experts on board who gladly share their knowledge:

How to get started with microservices?

There are a couple of things you should remember about. First, let’s consider points that hold true regardless of the circumstances

Now, onto the more specific (and highly likely!) scenario of moving from a monolithic architecture to microservices.

Moving from monolith to microservices

Would you like to know how The Software House works with microservices? We will leave the details of our best practices for another time, but here are some of the most important points from TSH’s head of Node.js, Adam Polak.

“An important practice at TSH is not wasting time on creating a so-called boilerplate (everything you need to create a structure of a new service). With a set of tools created in the early phase of the project, we can rapidly create new services and focus on what matters most – the business logic.”

Careful monitoring of microservices by DevOps is vital for efficiency, stability, and quick recovery.

Another important matter is DevOps capabilities as well as careful monitoring of the services’ performance – logging, tracing, and metrics configuration. Thanks to all that, our services are stable. And when problems do occur, we are able to find the cause quickly.

Are microservices for you? Conclusions

Just to sum it up:

Looking for somebody trustworthy to handle your microservices? We volunteer!

See for yourself that we have already worked with microservices before from our success stories: making microservices more efficient & scalable with Backend For Frontend and joining 500K  businesses under an employee management platform. If you want to talk about your microservices project, book 1h, free consultation with our specialists. No strings attached!

Software Architect experienced in backend technologies such as Node.js, cloud infrastructure, software architecture, and DevOps. Keenly interested in data engineering. One of the creators of Kakunin – our open-source framework for E2E testing. In his free time, Mariusz loves biking, machine learning, and 3D graphics.