Benefits administration software: How we developed an app with 1 million end users 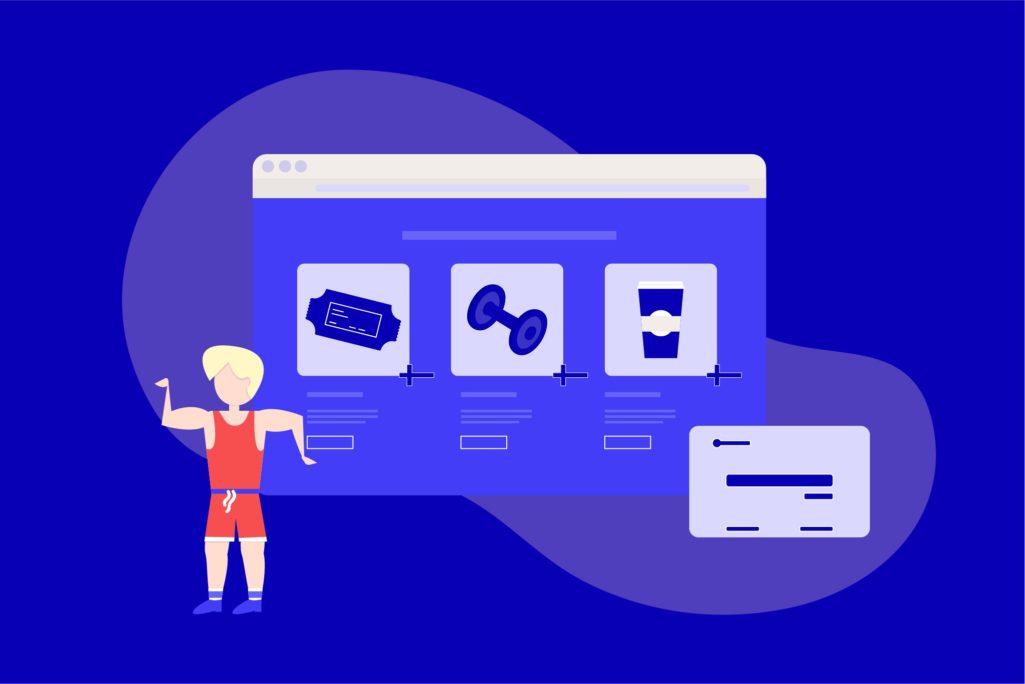 Sit down, relax and listen to the story. The story about the relationship between The Software House and Smartum, which led to the origins of the most successful benefits administration software in Finland.

Over the course of almost a decade of The Software House’s activity, we’ve completed many successful projects of various sizes – but it would be difficult to point out any other partner which engaged us for as long as this one Finnish company.

The humble beginnings of fruitful cooperation with Smartum

It all started in April 2016. We’ve decided to perform the research of the Finnish market. I’ve researched the Finnish representatives of the IT industry, taking into consideration the technologies we have in common. One of the companies which especially caught my attention was the hero of my story – Smartum, which was using the PHP framework Symfony 2.

So, we travelled to Finland and took part in the event organised by the Polish-Finnish Chamber of Commerce. During the event, I had a chance to conduct a lecture called “How outsourcing can help your business”. Even though there weren’t many companies, it was a neat event and an opportunity for some quality networking.

Most importantly, we had a chance to meet the CTO of Smartum – already one of the most popular employee benefits software providers for human resources (HR software) in Finland at that time. Smartum offered vouchers for a variety of services, allowing people to participate in cultural events, sports activities, using a means of public transport or visiting restaurants – to name a few.

For many years, the Smartum system has been based on simple, printed coupons for companies of all sizes (from small ones, through medium-sized businesses to some big companies). As the company grew rapidly, this solution proved to be inefficient. They needed a new tool for administration of benefits.

Their CTO asked me about our experience in mobile development. At first, I was a little surprised, but it soon turned out that they decided to invest in a new app. Among others, they wanted to develop a mobile app for their clients – it had to make the service more user-friendly, for example, make it possible to search for a certain place which accepts the vouchers through the app (a feature which wasn’t available at that time in an initial, simple hybrid app).

After a while, The Software House was chosen to develop the brand new Smartum app (employee benefits software). We crafted native iOS and Android applications for end users of the service. Apart from straightforward browsing, digital vouchers have been implemented. They allowed users to forget about carrying printed coupons, as well as a mobile payment system which makes the whole process much faster.

For us, it was a really cool project and I think that for Smartum it was a way to battle-test our skills. We’ve delivered the product within a few months and the product itself appeared to be a huge success.

Now, the app is used by over 1 million users and recommended by 96% of them! Also, there are over 20k partners in the network.

We were super happy to hear that feedback! I think they were happy too, as they decided to come back soon and give us way more work. 🙂

By the way, do you have a team of frontend JavaScript developers?

After a few months of the system maintenance and exchanging emails, I’ve heard a question which was a bit surprising – “by the way, do you have a team of frontend JS developers?”. It soon appeared that meanwhile, Smartum decided to refurbish its internal benefit administration panel. It led to closer cooperation with them and the project was much bigger than the previous mobile app.

As the concept of virtual vouchers proved to be successful, Smartum decided to commercialise this solution on a greater scale – outside of the core Smartum system, as a white-label product for employers in Finland and across the world. The new project was named Arantio.

Effectively, we’ve prepared a new platform, based on Symfony and React, with dedicated panels for every type of user: employers, employees, venue owners, cashiers, admins and more. Everything is based on our custom white-label design system which allows new clients of Arantio to brand their company profiles in no time.

The Arantio platform turned out to be so successful that, over the course of the years, dozens of our developers have been working on it. It’s quite difficult to find a person at The Software House that wasn’t involved in the project.

Benefits software systems and their unusual use

The development of Arantio benefits and e-payments platform was the beginning of a real avalanche of similar benefits software solutions, administration software products and HR benefits software, not only for employees. The most successful and most interesting ones were Vaana and Sysmä.

Vaana came up with an idea of creating a key benefits administration system – however, not for the employees of some company but for the citizens of Finnish municipalities. Originally, it was a part of the Arantio e-payments but, after achieving initial success, Vaana decided to separate their part of the code.

They wanted to create a customised system, have more control over the project and develop some new features. The aim, however, was to still have their app connected with Arantio Core (it’s a benefit and e-payment platform which allows creating beneficiaries lists, realising transactions and managing users data; also can be customised).

Uff, and it received very positive feedback. According to the users, Vaana is visually appealing and it has a very intuitive interface. It became one of the most popular applications of this kind in the region. Available in over 70 Finnish municipalities, it’s used by more than 1 million users and 1200 service providers in whole Finland.

While the concept of a benefits platform for citizens is a pretty original one, Sysmä – another of Arantio-based projects – went even one step further.

It was an idea of a virtual currency application for a small Finnish town – Sysmä. Having an experience in the payment services software, The Software House was asked to develop this application as well. We’ve created a native Android app which enables payment in local virtual currency, SysmäCoin, through the mother payment application Arantio Core.

Again, we’ve been responsible for the whole development – from the development itself through QA tests to the digital design of the application. The Sysmä app enables making virtual currency payments in this small town in Southern Finland. The whole process is based on QR codes and 26 places decided to join the programme so far.

How does it work? It’s pretty simple. Namely, 1 SysmäCoin equals 1 euro. Sysmä inhabitants and the visitors can exchange euro for local virtual currency. What’s more, if a customer decides to pay with SysmäCoin, they additionally get a discount in places involved in the programme. The users can get a special QR code for the account which can be topped up in customer service points in the town. According to the early estimations, SysmäCoin can lead to the €3.9 million boost in the local economy. Sounds good, right?

Summary of our cooperation with Smartum

I believe that the story of our cooperation with Smartum and its components is a good example of how nice it is to see how a small project can grow alongside with the growth of the partnership.

We are always more than happy to participate in creating something innovative and groundbreaking. I think that the aforementioned numbers, such as 1 million Smartum users, and 20k partners in the network as well as the potential  €3.9 million boost in local Finnish economies thanks to Sysmä speak for themselves.

I’m happy that we have the opportunity to take part in Smartum initiatives and see how they grow, becoming Finland’s leading and finest benefits administration systems. I also hope that the success story of Smartum, Arantio, Vaana and Sysmä will show you how important is a good software for administration and modern business. And that it will inspire you in your own projects.

If you are working for a company which looks for the developers experienced in PHP, Node.js React, iOS, Android or any other software development services – feel free to take a look through our newsletter for tech leaders – TechKeeper’s Guide.

Let us earn your trust and then, if you need us – you know where to find us. 🙂

Looking for an app development partner?

Check out what we can offer you and contact us! With our experience you will achieve more!