What is React used for? 8 examples of React framework web apps 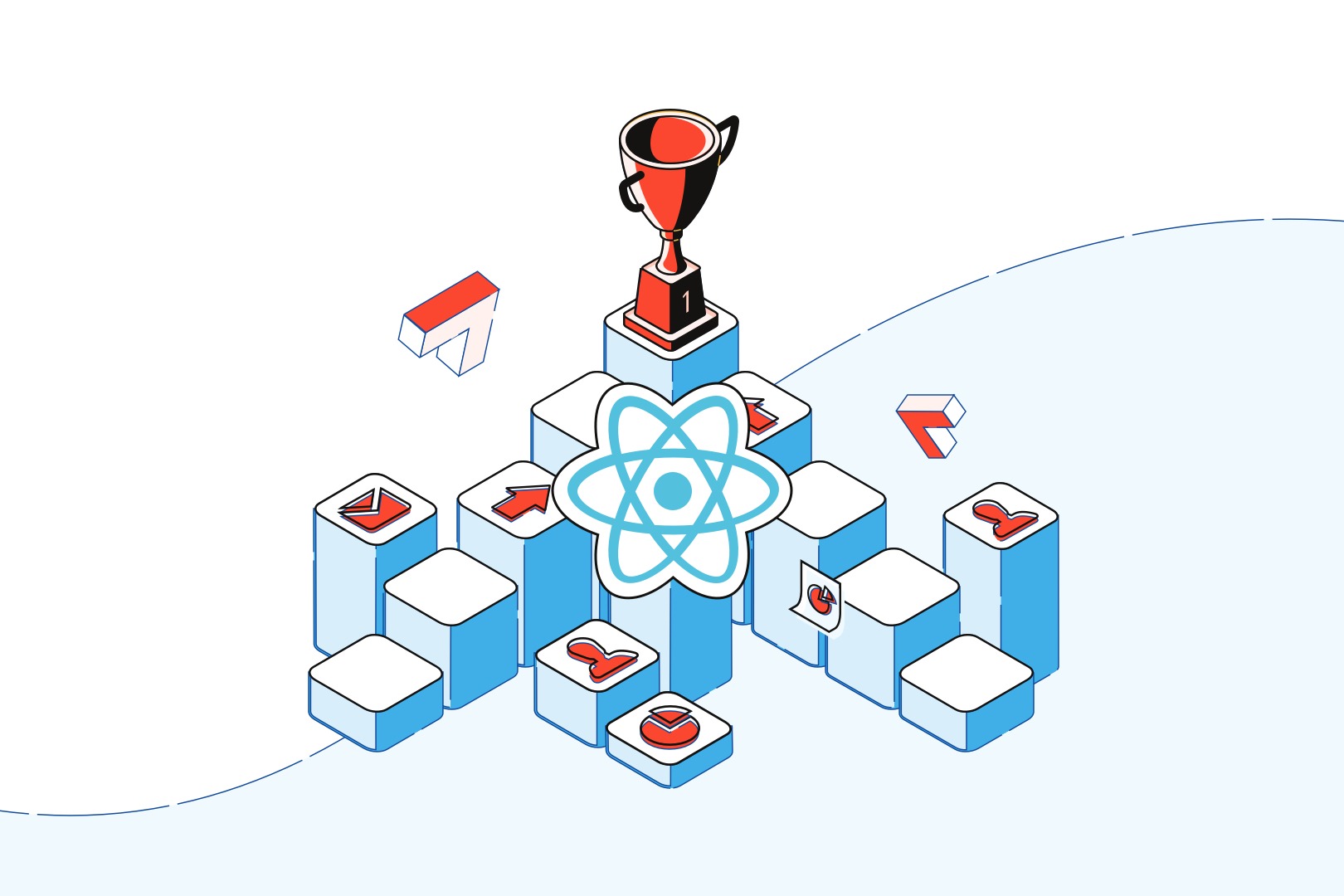 React is probably the most popular JavaScript library – it has already reached more than five million downloads every week and thousands of engaged open source contributors. React is a great solution for building user interfaces, so no wonder that the biggest market players decide to implement it in their web applications.

In this article, we’re gonna take a closer look at React JS and its growing popularity among world-famous companies.

What is React JS?

React’s history starts in 2011 when Jordan Walke, a Facebook specialist responsible for Facebook Ads, created FaxJS, the early prototype of the soon-to-be hit framework. His efforts had a specific purpose – Facebook struggled with managing its advertising tool and desperately needed a solution to handle this situation.

According to Walke, “making a change on this product is terrifying like potentially losing a day of revenue because you’ve missed a semicolon or something”. The development team worked their assets off full-time, nights, and weekends to make their new framework, React JS, a reality.

Finally, React debuted in 2012 but it wasn’t until May 2013 that it was publicly presented on JS ConfUS as an open-source. Initially, the IT community was, to put it lightly, quite unconvinced by React and reacted with a shrug.

The framework creators were determined to change that – in 2014 the so-called React JS World Tour started with a mission to turn as many people as possible into javascript React lovers. It was only smooth sailing from there – to the point where React Native for iOS and Android was created. But we’re talking web development here, so let’s leave this story for mobile developers…

The latest massive milestone in React’s framework history was React 16.8 which premiered on 16th February 2019. It introduced React Hooks which revolutionized the way React components are created. We already covered this topic in our previous article about React components – useMemo hook. React JS is constantly being developed and has already evolved to React 16.12 version. I’m pretty sure we can expect more from React creators in the future. 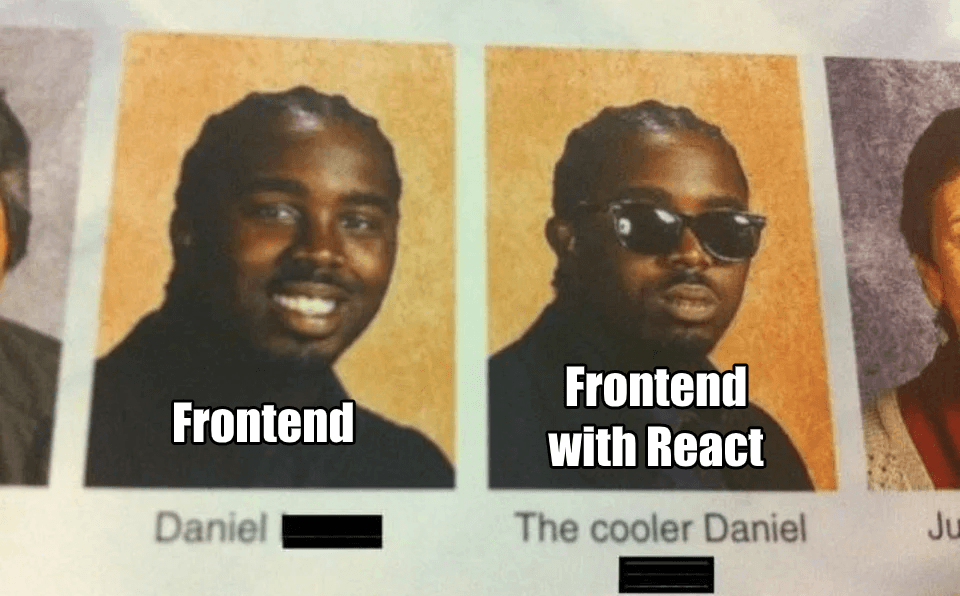 What makes React JS so popular? Let’s take a look at the list of advantages:

Mobile devs, have this one – React Native is technically a separate tool, components are different but you CAN say that the way of writing code to web and mobile versions is very similar. Having said that – no more mentioning React Native in this article!

What about companies that use React?

See also: Who uses code sharing and the benefits of application optimization? 👇

In our portfolio, we have lots of successful React projects including a GPS tracker Weenect. 📱

The application shows you the location of your pet, child or elderly person on the map in real-time. See how we developed the applications and what tools we used. 🚀

What companies use React in their web applications?

Are you ready for a display of crème de la crème, Forbes and Fortune A-listers, tech leaders, and user-favorites who put their money into React JS?

No surprises here – Facebook is the main reason why React was created in the first place. React JS implemented in Facebook’s frontend allows for notifications to be displayed for the user in real-time.

This way there’s no need to reload the page every time you suspect you got a new message, comment or post on your News Feed.

When Instagram was acquired by Facebook in 2012 it hadn’t a web application yet – hence why developers quickly rolled up their sleeves and got to work.

The web version of  Instagram is fully based on the ReactJS library. Similarly to FB’s case, React is necessary to display photos on the map in real-time or directly from selected location and support hashtag counters (really helpful for social media marketers).

WhatsApp Web uses WebSockets for communication so the server knows all the time whether the user is online, writes a message or reads the delivered ones.

Gamechanger in streaming services with 125 million subscribers around the world, Netflix has been rewritten to React JS in 2014. The growing platform needed an improved start-up and loading speed, performance, scalability and UX. Looking at happy users, Netflix definitely benefited from this change.

Nearly three million users operate on Atlassian tools – at The Software House, we use Confluence, Jira and Bitbucket. Atlassian decided to pick React JS because their main priority was re-usability – since it’s deployable to the web, mobile and desktop, their developers can recycle libraries between all the versions.

Disney is a powerhouse and their new service – Disney+ will be their weapon in the upcoming battle for the streaming market. The web application is written in React and uses Redux to control the app’s state and store downloaded information about TV series and movies.

Yahoo! Mail has surely come a long way as far as their solutions are concerned – firstly it was C++, HTML (still in the 90s!), then Oddpost, Java, Python, JS in 2004, followed by Classic PHP, JS and finally next-gen NodeJS, React JS, MicroJS in 2015. Phew! Eventually, Yahoo picked React JavaScript because of virtual DOM, easy debugging, independent components, and… a constantly growing ReactJS community.

In this video game, React is used to build the user interface. React allows writing your own renderers, which means the execution of the application code doesn’t have to spit out HTML but any other thing, e.g. information for the computer game engine on what to display on the screen.

Do you need proficient React development services, who are true experts in this JavaScript library? 🤔

Make an appointment for a free one-hour consultation and let’s find a solution for your project. 🚀

JavaScript developer and clean code enthusiast. In TSH, known for his bug-solving skills. Some say he can talk about science and space exploration endlessly. In his free time, he enjoys making non-profit websites and projects. Big fan of indie games and blockbuster movies. Find me on Twitter